Majorca, or Mallorca is an island located in the Mediterranean Sea. It is the largest island in the Balearic Islands archipelago, in Spain.

The capital of the island, Palma, is also the capital of the autonomous community of the Balearic Islands. The Cabrera Archipelago is administratively grouped with Majorca (in the municipality of Palma). The anthem of Majorca is La Balanguera.

Like the other Balearic Islands of Minorca, Ibiza, and Formentera, the island is an extremely popular holiday destination, particularly for tourists from Germany, Ireland, Poland, the Netherlands, the Scandinavian countries, and the United Kingdom. The name derives from Latin insula maior, "larger island"; later Maiorica, "the larger one" in comparison to Minorca, "the smaller one". 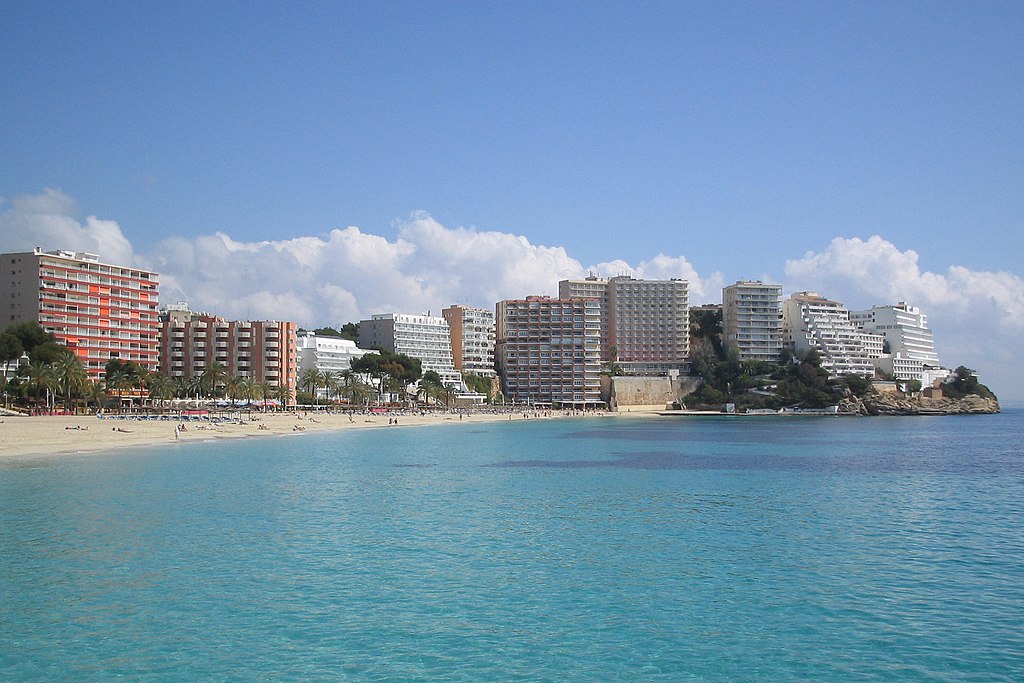 123Carhire.eu will compare all the top car hire providers to find you the very best deal on your car hire at Majorca Airport, Spain.

We specialise in car rental in Palma de Mallorca Airport and other destinations in Spain. Book your car hire at Majorca, Spain from 123CarHire.eu

When visiting Majorca don't forget to see and experience the museums, galleries, Bars, Lounges, Restaurant and vibrant cafe society of this area!

Although the vast majority of visitors arrive in Majorca for a beachside holiday, the island has much to offer in the culture and history stakes, as well as more modern delights such as water parks. Palma itself has many archaeological wonders including the magnificent Castell de Bellver, overlooking the town’s Old Quarter with its Almudiana Palace.  Palma is also a centre for sailing and yacht charters around the island’s beautiful coastline.

Touring by car is the best way to see most of the sights, with a favourite route beginning in Palma, passing the historically important fishing town of Santa Ponca and winding through the mountains to the coastal town of Andraxt, one of the most picturesque of the island’s towns. The Serra de Tramuntana range itself, now a UNECSO World Heritage site, is a paradise for climbing, trekking and other outdoor sports, and its unique environment will delight birders and eco-tourists.

All varieties of water sports are found along Majorca’s white sand beaches, from fishing and boating to windsurfing, kite-surfing, parasailing, waterskiing, diving and snorkelling. Diving is best in Alcudia, due to its deep offshore waters, and Ciudad Jardin is great for windsurfing for its constant winds. Can Pastilla is Majorca’s hub for kite-surfing, and surfing also possible, with the best waves found on northern beaches where strong winds blow in from the mountains.

The Majorcan town of Soller, backed by the towering mountains along the northeastern coastline, is one of the most interesting small towns on the island for its heritage buildings, narrow winding streets and lovely main square. It’s also a hub for challenging road and mountain biking, with the old road up to the Soller Pass a favourite for road bike riders for its 50 hairpin bends. Walking is also popular here, with local guides giving access to hidden trails.

Majorca’s long history and rich heritage has resulted in many attractions and landmarks giving an overview of the civilisations which have occupied the island since its first settlers arrived in prehistoric times. Romans, Vandals, Byzantines and various Moorish forces all left their marks here in Palma and other towns, and its 500-year history as part of Spain saw the building of magnificent palaces, castles and cathedrals.

Palma’s Old Quarter holds the spectacular Gothic Cathedral of Santa Maria de Palma, begun in the 13th century and finally completed in the 19th. Known as the Pearl of Majorca, it’s a vast timeline of church-building skills. The most famous landmark in the Old Quarter is the early 14th century Castell de Bellver, a dramatic fortress first built as a royal residence.

The beautiful Sierra de Tramuntana hillside village of Valdemossa and its pretty nearby fishing port were home for a while to Frederic Chopin and his authoress lady friend George Sand, who stayed in the Valldemossa Monastery. On Majorca, dramatic natural scenery comes as standard, with northerly Cap de Formentor boasting 400m cliffs, weird rock formations and a historic lighthouse.

Another natural wonder is the Cuevas del Drach cave system, located on a bay close to the fishing village of Porto Cristo. Almost 800m of smaller caves complete with stalactites, stalagmites and fantastic rock formations lead to a huge cavern containing Europe’s largest underground lake. Ses Paisses is an important Bronze Age complex of massive megaliths some 4,000 years old, built of huge stone blocks and believed to be of religious significance.

Palma’s Museum of Art is set in an 18th century mansion and contains works by famous Majorcan artist Joan Miro as well as works by Picasso and Dali. For a total contrast on a family visit, Magaluf’s Aqualand Waterpark has a choice of extreme or more sedate rides, and its Marineland is a combination of dolphin ad sea lion shows and aquaria with all manner of sea creatures.

As a major Mediterranean tourist destination since the 1950s, Majorca offers a wide range of options when it comes to entertainment and nightlife. The island’s northern coastline has the best of the leisure and nightlife venues, with Palma as its hub, while the southern coast is more focused on cultural and quiet evening activities. Palma’s clubs, discos, bars and pubs are centered on Passeo Maritime, a stretch of night-time haunts open until sunrise and catering for all tastes and pockets.

Venues around Plaza Gomila cater exclusively for the young set with late-night dance clubs and trendy bars, and the Consulado del Mar and La Lioja districts are lively with music bars and street performances. Palma’s Pacha Mallorca is famous, opening at 20:00 and closing at 06:00. S’Arenal is another popular district for night-time entertainment. Magaluf is infamous for its holiday romances, football shirts and next-morning hangovers, with BCM Planet Dance its best-known club.

Nightlife along the less-developed southern coastline is slightly more sedate and considerably less crowded than in the north, and the villages and small resorts along the mountainous west coast offer bars and eateries better suited to meals with conversation than to riotous dancing until dawn. Cala San Vicente has quaint bars set along its sandy coves, and Soller in the northwest offers cafés with traditional music.

Theatre and dinner shows are another of Majorca’s night-time attractions, with the panto-style Pirates show a favourite with families and groups alike. Come Fly With Me offers Cirque du Soliel acrobatics and Frank Sinatra hits, and the island’s many traditional festivals go on until late at night with street parties, fireworks and street entertainers. Cinemas showing the latest English-language movies are found in the malls.

Dining out choices on Majorca depend on location, with world cuisines and English breakfasts easily found in the main beach resorts, as well as local cuisine of varying standards. Palma is the hub of dining, featuring the highest concentration of restaurants on the island, but Algaida is fast garnering a reputation as an eating hot spot. Prices are reasonable and kids are welcome.

In the island’s smaller, quieter resorts, local Majorcan eateries are authentic and good value for money, giving visitors a chance to try the delicious local cuisine. Based on pork, lamb and seafood, Majorcan dishes are embellished with fresh local vegetables and garlic, and often come with rich, tomato-based sauces. Majorcan bread is served with every meal and is sweet in flavour.

Bread and vegetable soups are a traditional meal, accompanied by trempo, a salad based on tomato, red pepper and onion, and served with an olive oil and vinegar dressing. Tumbet, served cold, is finely-sliced potatoes, peppers and aubergines, fried and covered with a rich tomato sauce. Pork and lamb roasts are all-time favourites, and paella, known as arros sec, is cooked here using meat, seafood and vegetables. Caragols are snails cooked with aromatic herbs, and fresh seafood is mostly grilled.

Majorcan sausages are delicious hot or cold, and mostly made from ground pork, paprika and pork fat, as in sobrassada, one of the tastiest. Botifarron is black pudding, and camalot is its larger version. Pastries come in sweet and savoury varieties, stuffed with vegetables and meat or almonds, honey, jam and curds.

Local liqueurs are based on aniseed and other herbs, oranges and almonds, with the traditional Majorcan aperitif, palo, flavoured with the bitter chinchona bark and sweet caramel. Both Spanish and imported foreign beers are easily found.

Mallorca has been hosting visitors for over 100 years, the island really does know how to look after it's holiday makers and has accumulated a wealth of experience. Here we present some interesting facts that are unknown to many ...